We love seeing mums thrive in business, particularly when they’re pursuing their own creative path!

That’s why the AusMumpreneur Awards are always of interest to us — they celebrate and recognise Australian Mums in business achieving outstanding success in areas such as business excellence, product development, customer service and digital innovation.

This year, Katherine Rattray is one of the mums who has been nominated for an AusMumpreneur award for her business Kat & Fox — a bedding brand with a difference.

You see, Kat has combined her skills as an illustrator, interior designer and design educator to create a brand unlike anything we’ve seen before. She doesn’t just have a children’s bedding business, rather, each year she releases a new collection that covers children’s books, complimentary furnishings (like the beautiful bedding pictured below) and colouristic activities — to really bring her illustrations and ideas to life!

Kat is a busy rural expat Pom and Victorian mum to three who describes creativity as her ‘thrive area’.

“Over the past fifteen years, I’ve carved out a career in the creative arts and when I lost my father I was inspired to build my own creative business.

“I went from hand drawing and selling whimsical names for little ones as ‘Doodlebugs’, to co-writing and illustrating a vibrant children’s book.

“This led me to start my new business Kat & Fox where I turned the motifs into patterns and printed them onto brightly coloured bed linen, cushions and colouring books.”

Tell us about that aha moment when you decided to take your illustrations further than pages in a book.

“The inspiration behind it all is my family. One night when I was snuggled up to my daughter in her bed for our nightly story telling ritual, we were discussing ‘Where’s Wally’… she looked up to me and said ‘look mum he’s hiding under the doona! NO mum now he’s standing on your leg on the doona!!’.

“Then a little while later, I visited the John Lewis department store in the UK with my mother and when we were in the bedding department, she suggested that I should bring my illustration and interior design skills under the one umbrella. Suddenly all the dots joined together from the time with my daughter to that moment with my mother. That was the beginning of ‘KAT & FOX’.

Katharine says there are many benefits to balancing motherhood and business, “It can be challenging to be a business woman while raising a family but I’ve found creating a clear plan and setting SMART achievable goals has really helped me. That and research, research, and research.”

She also says being true to you, good communication, and making sure you’ve got the emotional backing of your immediate family are key.

Earlier this year Kat won the Life InStyle award for the interior category for interior furnishing for 2017 and now we wish her the best of luck with her AusMumpreneur nomination!

The winners of the 2017 AusMumpreneur Awards will be announced at a glamorous awards dinner at Doltone House in Sydney on Friday 25th August.

You can view the Kat and Fox range of products online here. 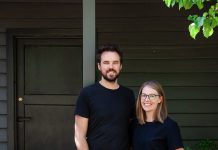 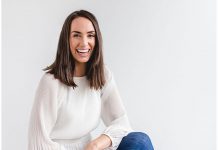 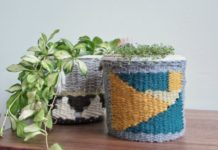