What a full-on week all the contestants had trying to finish their ensuites!

Broken vanity, cracked bath (our dream bath by the way) and short on tiles… it didn’t seem to go smoothly for any of them… other than Darren and Dea of course, who after doing six bathrooms on The Block knew just what they were doing. Despite being pros, they didn’t take out the win this week — Josho and Char took that trophy and $10k to put towards their master bedroom and dressing room.

We tipped these guys as the winners this week and are stoked they made it with a score of 28 1/2 out of 30!

The matt black tiles and matt black of the bath and basins were “Off the charts”.

We love that timber vanity and while yes, it could have doubled as storage and been even more ah-mazing, there is plenty of face-level storage behind the mirrors.

Most of all we are crushing on those plantation shutters #wishlist They add such a feeling of luxury and bring beautiful soft light into the space.

Well done Josh and Charlotte, it’s great to see you deliver such a strong room!

These guys went with a very similar concept as their winning bathroom and walked away with a score of 27 1/2 (less one point so a final score of 26 1/2).

Our eye was immediately caught by the seat in the shower (such a clever concept) and the beautiful vanity top. Dea also styled the space to perfection and we particularly loved the cluster of ceramic vessels and selection of towels.

The judging got a bit awkward with Shaynna picking up many things that she perceived as issues like the positioning of the mixer in the shower and the towel rail. Dea disagreed and made it known, rebutting each of her comments as Scotty read them out. The width of the shower opening does look like an awful lot of water would spray out but we might just stay out of this debate 😉

Yay for Jess and Ayden not ending up in the bottom place!

Darren really liked this ensuite and said it had the perfect shower. Neale also had great things to say about the room, saying it’s unusual and a different style to what we’ve seen.

Shaynna on the other hand thought there were too many heroes in the room (to which Ayden said “It must be a comic book in there with all the superheroes!”) and that the vanity didn’t go with the wood in the shower or the tiles on the floor. We hate to say it but we have to agree with Shaynna on this one and sadly we’re not loving this ensuite. Our main issues are with the floor (not digging the tile choice) and mish mash of decor.

Who would have thought Tim and Anastasia could end up in the bottom place in the ensuite room reveals?! They ended up with a measly score of 23 out of 30.

At first the judges were wowed by the room but as they took it all in and saw the poor finishes and then lack of functionality, they had no choice but to mark them down.

We thought the judging of their room was a bit harsh though and that from a style point of view, it worked much better than Jess and Ayden’s ensuite.

One thing we don’t love is making the TV a feature as you enter the room… our idea of luxury is turning off all electronic devices and just chilling out but if they had to have one, we think it would have worked better tucked away or on the back wall.

We will give them points for using that sleek matt black tapware again and for picking our dream bath — so jealous! — but can’t believe they cracked it!

What did you think of the ensuite room reveals this week? Do you agree with the judging? 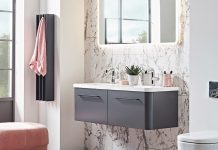 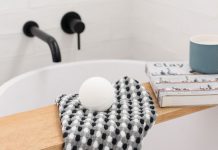 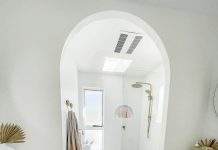 The coastal ensuite makeover — a stunning before and after 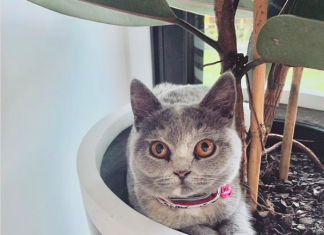